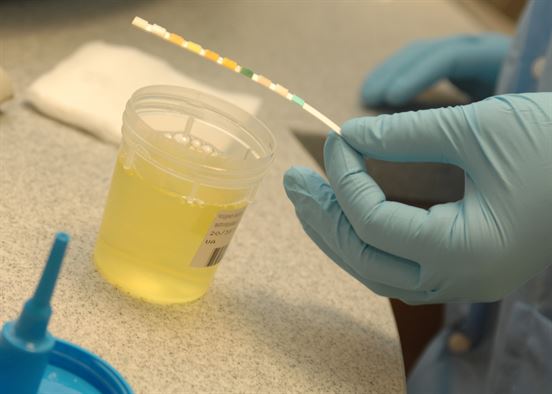 Can I Pass a Drug Test With Someone Else’s Urine?

Unfortunately, when it comes to drug testing not everyone will come up clean. Let’s say you are applying for a job that drug tests and you are an avid drug user if you don’t plan on stopping with an appropriate amount of time in order to avoid a positive result; you may try other ways to achieve a negative result. In comes the idea to borrow someone else’s urine, will that let you pass a test?

The lab is key

It mostly depends on the collection and detection methods used by the lab in question. Most of the reputable drug-testing facilities follow DOT guidelines, which require collectors to establish a chain-of-custody form, which involves taking an immediate temperature reading of the specimen being tested.

What the experts say

Dave Clafin, the CEO of Fastest Labs “We have to have specimens between 90 and 100 degrees [Fahrenheit, or 32 to 38 degrees Celsius],” he says, adding, “the reason we don’t accept it under 90 is that people usually run a 98.6 degree temperature, but by the time you bring [urine] out of the bathroom in two to three minutes, it should be in the 92-94 [degrees] range.”

The DOT also requires that nothing should be taken inside the collection area — no purses, backpacks or outerwear. Pockets must also be emptied. At Fastest Labs, workers also conduct a visual examination, checking specifically the top of the beltline and sock areas because those are the most common places people store fake or borrowed urine. “Nine times out of 10 we’re able to make sure they don’t get the specimen in the testing area,” Claflin says.

But what about the 1 other time? If a donor, the person taking the drug test, is able to beat the system laboratories can use several different drug tests to determine if the urine was tampered with. These tests are often called specimen validity tests (SVT) and conducted on all urines that enter the facility. They help identify substitutions and adulterations to the sample.

Many people also choose to buy “powdered urine” on the internet to mix with water but many facilities prevent running water in the testing bathroom to thwart this so they are out of luck.

In short, the answer to borrowing someone’s urine to pass a drug test is no because it will not work and it may cost you that job you just got hired for, and if you are in a safety-sensitive position covered by DOT, it can cost you your career.